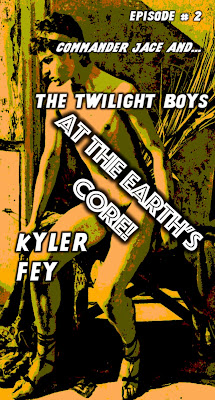 The synopsis from the Amazon listing...

You’re from the Up-and-Out! said the boy. From the Earth outside!
Zane wondered then where this boy was from. He sat on the ground and looked up at the boy and he wondered where he was. It was warm and humid like Maya Plaxa, but its sky had a greenish cast and a pale pink star hung straight overhead like a lamp hanging from the highest point of a hazy domed ceiling, not the sun of home, not the sun of anyone’s home. He felt a sick thrill of panic: could I have translated somewhere too far away, somewhere no one has been before? If the dim star overhead was not the sun, then he was not in the Solar System at all. That’s all it could mean! Every single human in their trillions through all history had never known the heat of another sun…

A thousand years from now and in another history, the Solar System teems with life. Ships sail the aether, linking humanity’s thousands of disparate nations and clades on all the planets and their many moons. Wars flare and fade, conspiracies thrive and then die, loves and lusts burn hotter than the sun. It is the age of the apex of the children of Earth, but in the deep background of the affairs of sprawling humanity, sinister forces, preternatural phenomena, ornate evil, and bizarre schemes reach everywhere. Standing against these, on the side of light, is the super-powerful Commander Jace and his elite (and libidinal) cadre of astonishing queer young men…the so-called “Unsuitable Boys.”

This episode contains the usual frank depictions of gay male sexual activity as well as human/alien sex and “mpreg.”

This installment is the second of the series chronologically (though the third published), and is a novella of about 30,000 words. The tale focuses on an adventure had by Zane with some asides into his backstory and that of his spouse Ethan. Commander Jace himself resides in the background of this one, though there is an extended flashback in several pieces from his POV detailing his first encounter with Ethan when Zane moved his young spouse into the Home for Unsuitable Boys and into the center of Jace's strange goings-on. As with the previous volumes--The Strange Case of the Tattooed Twink and The Intersex Boys of Venus--it is as full of fantastical premises and suppositions as it is with explicit sex, but it's perhaps even more bizarre than episode #1, and it extends the sense of unease over some kind of brewing threat to the main characters that they can't quite yet see.

I was intrigued to see this one finally done because I doubted that it would work. Fey's original sketchy outline for the entire series proposed an episode titled Faeries at the Center of the Earth, and little else about it other than that title and a couple brief sentences about a jungle village and dinosaurs and a lot of characters tromping about. It seemed like it might be a "Lost World"-type of adventure with the full cast ensemble. I think what we ended up with--a more intimate and rather trippy story focused on fewer characters--works better than what was in my head when I first heard of the idea.
Posted by Christopher Fletcher at 2:35 PM No comments: